Through its Green Deal the EU seeks a transition towards sustainable agriculture. This includes measures to reduce the risk and use of pesticides by 50% by 2030. Public support for these measures is crucial, but has been damaged in the last decade. In a unique experiment in six European countries, researchers tested how decision-making procedures could be reformed to rebuild public support. The authors identify three promising reforms: post-authorisation monitoring and review, inclusion of all relevant scientific studies in risk assessments, and considering the effects on small and organic farmers.

When in 2017 the EU reauthorized the highly contested and world’s most widely used herbicide Glyphosate, the active substance in Bayer/Monsanto’s Roundup, public trust was damaged. Citizens doubted the ability of the European regulatory framework to protect public health and environment when allowing a pesticide classified as a ‘probable human carcinogen’ back on the market. In response the EU has implemented some reforms and others are under discussion, but little is known about the public support for these reforms. 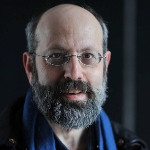 Copyright: onbekend
Public support is crucial for the success of the Green Deal Political Scientist Jonathan Zeitlin of the University of Amsterdam

The case of glyphosate has become very timely because the authorisation expires in 2022. Researchers from the Amsterdam Centre for European Studies (ACES) used this very controversial case to test which reforms would be needed to regain trust from EU citizens and public support for EU pesticides regulation. ‘Not with the intention to help the EU to reauthorize glyphosate; my expectation is this will not happen in any case’, states one of the authors, Political Scientist Jonathan Zeitlin of the University of Amsterdam, ‘but because people feel very strongly about this controversial case. This helps us to understand how we can increase public support, also for future controversial EU measures like those which form part of the Green Deal.’

A survey experiment in 6 European countries

Before launching the survey, the authors identified the main challenges of European pesticides regulation and reforms proposed by EU institutions, civil society organizations, academic commentators, and other stakeholders. They grouped these challenges and reform proposals under four dimensions: 1) the organization of the decision-making process; 2) the factors considered when authorizing pesticides; 3) sources of evidence; and 4) post-market monitoring and review of authorized pesticides.

The authors then conducted a pair of linked online survey experiments in June 2020 among a representative sample of 9022 respondents in France, Germany, Italy, the Netherlands, Poland, and Sweden. In the first experiment respondents were asked to rank and rate randomly assigned policy packages covering the four dimensions. The second experiment examined public acceptance of individual pesticide authorization decisions that might be taken under a reformed procedure, using glyphosate as an example.

What reforms are needed to increase public support?

The study finds that citizens have strong views about the reforms decision-making procedures should adopt to improve EU pesticides regulation:

Combining all these reforms attracted a broad support of 72.3 percent. ‘Our second experiment shows that If the EU adopted these proposed regulatory governance reforms, citizens would be more prepared to accept pesticide authorization decisions even when they run counter to their substantive preferences’, explains Zeitlin.

The authors conclude that their study provides robust evidence that the adoption of proposed reforms could not only help to rebuild public support for EU pesticides regulation, but also for controversial decisions that may have to be taken as part of the Green Deal and future EU measures in the field of sustainability.

Questions about the study?

The UvA website uses cookies and similar technologies to ensure the basic functionality of the site and for statistical and optimisation purposes. It also uses cookies to display content such as YouTube videos and for marketing purposes. This last category consists of tracking cookies: these make it possible for your online behaviour to be tracked. You consent to this by clicking on Accept. Also read our Privacy statement

Cookies that make it possible to track visitors and show them personalised adverts. These are used by third-party advertisers to gather data about online behaviour. To watch Youtube videos you need to enable this category.